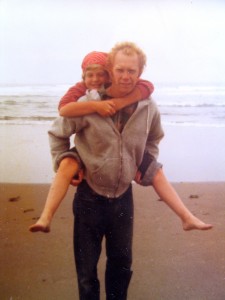 Quynn Elizabeth, daughter of a two-time Viet Nam combat veteran, writes to veterans of any war, as well as those that love and care for them.  Accepting the Ashes shares one family’s story in the hopes that other veteran families might not have to wait 30 years before they heal their emotional wounds caused by the trauma that can be caused by war.

“Often I experienced constant shelling from mortars, artillery and sniper fire.  The screaming of the wounded and terrified, the sickly sweet smell of morphine and the sight of a base watch dog bringing a human femur to the medical bunker as a retriever dog would do, will be with me forever.”   Quote in “Accepting the Ashes” from Quynn’s father’s VA PTSD assessment questionnaire- 30 years after his experience in the war in Viet Nam.

An excerpt from “Accepting the Ashes”:

My father died suddenly and unexpectedly in 2004, and as I went through the boxes of papers of his life, I realized that he had a story to be told, and since he was not able to tell it, I decided I needed to.

I am a combat veteran’s daughter, and this story is about a veterans experiences, mostly after combat.  My fathers story is of interest now because we as a people are once again at war, and like in wars of the past, combat veterans are now having experiences similar to those of my fathers and I feel I need to give voice to what came of it, Post Traumatic Stress Disorder, as well as where PTSD took him and my family.  I am not a psychiatrist.  I am a daughter with over 36 years of experience watching a man with a quiet, broken heart, and I am a woman who has the perspective of one who has just looked into the deepest recesses of her fathers heart and mind, and there are some things that need to be said.

“Accepting the Ashes” expands on the following ideas to give guidance to those in pain right now.

Once Quynn Elizabeth wrote “Accepting the Ashes”, she did not want to wait for a publishing house to decide that her story was worthy of being published/distributed, so she found a way to print the book to her liking.  Also, Quynn has experience with audio recording and editing, so she narrated and formatted the audio book version as well.  After the book was completed, she sent one to her father’s uncle, a Marine and retired journalist in Oregon. Unbeknownst to Quynn, he was also a volunteer coordinator at the local Veteran‘s Administration.  He gave the book to the Chaplain there.  This Chaplain ordered some copies to use with their veterans, and he sent an email to other chaplains telling them how the book was a helpful resource.  Other chaplains ordered books and CDs.  Now, more and more VA chaplains and mental health staff in various agencies are using “Accepting the Ashes” as a resource for their veterans from Viet Nam, Desert Shield, Desert Storm, Iraqi Freedom, Enduring Freedom (in both Iraq and Afghanistan) and with the families of these military men and women.  Now it is the end of 2011 and more veterans are returning home, only to experience aspects of PTSD as they attempt to reintegrate into civilian life.  Each day more veterans and loved ones are seeking help with this unseen injury. While Quynn wishes she could do more to help, she is offering “Accepting the Ashes” as an affordable resource to veterans and those who love veterans. 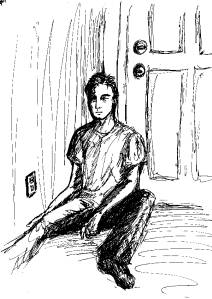